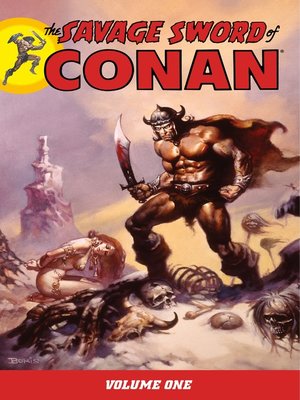 In the mid 1970s following the colossal success of Conan the Barbarian, Roy Thomas helped expand the universe of Conan to showcase further stories and the talents of some of the comics industry's best with the equally popular Savage Sword of Conan magazine. Now, for the first time in over thirty years, these primal tales, featuring Robert E. Howard's most popular character, are available in this, the first in a series of massive trade paperbacks, collecting all Savage Sword Conan stories beginning with issue one. Included in this volume are tales by Roy Thomas, featuring the breathtaking art of such legends as Barry Windsor-Smith, John Buscema, Alfredo Alcala, Jim Starlin, Al Milgrom, Pablo Marcos, Walter Simonson, and more. But that's not all. Also included in this tome are Conan's few appearances in the title Savage Tales-for the complete Conan collection!

*Reprinting Savage Sword of Conan for the first time since its original publication. This is the first volume in the series.