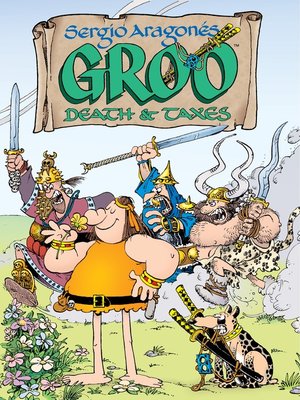 The three most inevitable things in the world are death, taxes, and another Groo collection from Dark Horse. This one is about the other two: Groo and his loyal pooch Rufferto encounter a king who is forever raising the cost of living and an undertaker who drives up the cost of dying. So the kingdom goes to war against ... well, they're not exactly sure of that part yet. But they're definitely going to war. What a time for Groo to be trapped in his solemn vow not to kill! And if you think that makes him any less dangerous, you don't know Groo. He's even worse ... as the savage warrior, Odoman the Invincible, finds out the hard way. The Eisner Award winning team of Sergio Aragonés and Mark Evanier do it again ... and if you're thinking that "it" involves anything other than bringing you some of the best adventures of the world's stupidest barbarian, you'd probably be wrong!