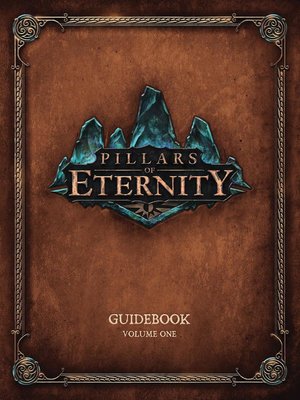 View more libraries...
Explore Obsidian's masterpiece!
Packed with never-before-seen art and in-depth lore, this is the definitive exploration of the acclaimed new video game from Obsidian Entertainment!
Having broken records with its hugely successful Kickstarter campaign, Pillars of Eternity mixes modern technology with the beloved traditions of role-playing games, introducing a breathtaking new fantasy world. Every monster, every faction, every deity, and everything in between is covered within the pages of this tome, all accompanied by luscious illustrations.
* Pillars of Eternity raised over 4 million dollars through crowdsourcing!
* Tons of art and lore from the acclaimed game!
* The godfathers of the RPG create their masterpiece!