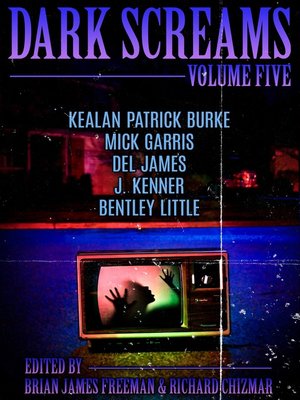 EVERYTHING YOU’VE ALWAYS WANTED by Mick Garris
It was supposed to be the night of his life: a celebration of his one hit slasher flick. But the price of admission is higher than this has-been filmmaker ever could have imagined.

THE ONE AND ONLY by J. Kenner
When he was seven, Will Underwood’s nanny told him she had the Sight. Years later, a broken heart sends him to New Orleans . . . but it’s fate that leads him to Madame Darkling’s Voodoo Emporium.

THE LAND OF SUNSHINE by Kealan Patrick Burke
Although she was mute long before the affair that nearly wrecked their marriage, her silence has tortured her husband ever since. Now he will seek out what he has lost—or be driven mad by remorse.

MECHANICAL GRATITUDE by Del James
Arnold loves his ’68 Camaro almost as much as he loves his wife, and he’s willing to do anything to protect them both—especially after hearing strange noises coming from his garage.

THE PLAYHOUSE by Bentley Little
A real-estate agent is drawn into a children’s playhouse behind an abandoned property she’s trying to sell—and finds herself strangely reluctant to leave.

“Freeman and Chizmar’s fifth horror anthology runs the gamut from throwback horror to lyrical and heartbreaking tales. . . . This collection will satisfy.”—Publishers Weekly

“A horror fan’s dream . . . As with the rest of the series, fans of the genre should not hesitate to pick this one up.”—Examiner

“You can discover new authors and rediscover old ones, and that’s always a good thing in my book. Recommended for fans of short story collections!”—Char’s Horror Corner