Rage of the Fallen 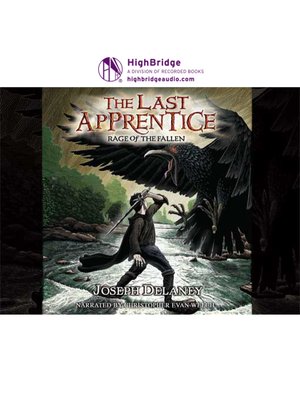 Award-winning author Joseph Delaney's best-selling Last Apprentice series thrills fans worldwide with each new entry. The county Spook had long been responsible for ridding the local villages of witches, boggarts, and ghosts—but needing help, he took young Thomas Ward as his apprentice. Tom has fought by his side for three years, now—time enough to make enemies of his own. With war consuming their country, Tom, his friend, and the Spook are forced to flee to Ireland—but only time will tell if Tom will ultimately succeed in defeating his most frightening nemesis yet.