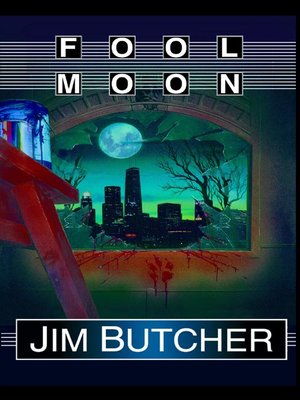 Harry Blackstone Copperfield Dresden is Chicago's only openly practicing wizard. He is also dead broke. His vast knowledge and magical skills are unfortunately matched by his talent for making powerful enemies and alienating friends.

With little more than his integrity left, he accepts an offer of work from Lt. Karin Murphy of the Chicago PD Special Investigations Unit. He wants to redeem himself in Murphy's eyes and make enough money to quiet his rumbling stomach.

Soon he finds himself pinned between trigger-happy FBI agents, shape-shifting motorcycle gang members, a threatened mobster boss, and an heir to an ancient curse along with his primal fiancée. Throw in environmental activists and a pair of young werewolves in love and you have something of Fool Moon.