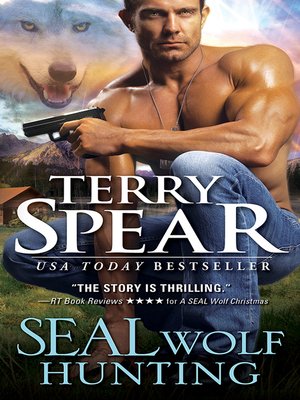 HOTTEST OF THE HOT ON THE NAVY SEAL WOLF TEAM

Paul Cunningham has eluded many traps in his long career as a Navy SEAL, but there's no way out of this one. On a rare visit home, he gets "volunteered" for a local charity bachelor auction, and the community is counting on him.

Then he discovers that the sexy she-wolf with the winning ticket is Lori Greypaw—the one woman he could never resist. And she has plans for Paul that go way beyond a simple date.

For the first time in his bachelor life, this alpha wolf SEAL is going to have to prove his worth.

Here's what you get with Terry Spear's SEAL wolf romances:

"Romance so vivid even the most coldhearted book lovers will melt." —RT Book Reviews