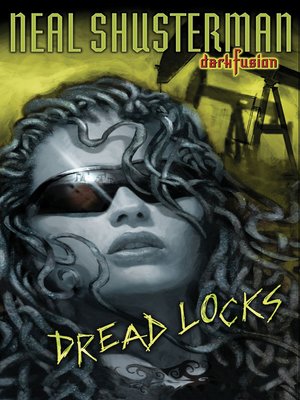 Dread Locks is the first entry in the Dark Fusion series from master storyteller Neal Shusterman. He cleverly weaves together familiar parts of fairy tales and Greek mythology to tell the story of fourteen-year-old Parker Bear, rich and utterly bored with life-until a new girl arrives in town. Tara's eyes are always hidden behind designer sunglasses, and her hair, blond with glimmering spirals, seems almost alive. Parker watches, fascinated, as one by one Tara chooses high school students to befriend; he even helps her by making the necessary introductions. Over time, her "friends" develop strange quirks, such as drinking gallons of milk, eating dirt, and becoming lethargic. By the time Parker realizes what Tara is doing, he is too embroiled to stop her. In fact, she has endowed him with certain cravings of his own...To say more would spoil the spooky fun of this wild thriller-let the twist speak for itself and leave you still as a statue.