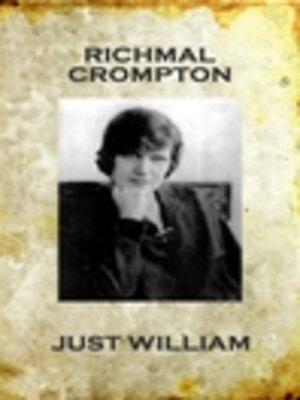 Richmal Crompton Lamburn was born in Bury, Lancashire, on November 15th, 1890. She attended St Elphin's Boarding School, originally based in Warrington, Lancashire and later moved with the school to a new location in Darley Dale, near Matlock, Derbyshire in 1904. To pursue her chosen career as a schoolteacher, she won a scholarship to Royal Holloway College, part of the University of London in Englefield Green, Surrey. In 1914 Richmal graduated with a BA honours degree in Classics (II class). She was also an active member of the Women's Suffrage movement. That same year she returned to St Elphin's as a Classics mistress and then three years later to Bromley High School in southeast London where she also began her writing in earnest. Health though was an issue and in 1923 after contracting poliomyelitis, she was left without the use of her right leg. She gave up her teaching career and began to write full-time. Her writing was almost immediately very successful and within three years of leaving the teaching profession she had enough funds to build a house in Bromley for herself and her Mother. The source of most of this success was based on the short stories of William, a rather mischievous 11 year old schoolboy and his band of chums who called themselves "The Outlaws". He first appeared in the short story "Rice Mould Pudding", published in 1919. By 1922, the first collection, entitled Just William, was published and was followed by 37 others. Her health was a continuing issue in her forties. This time breast cancer, which required a mastectomy. Richmal believed her real calling was fiction for adults and in her career wrote 41 novels and 9 collections of short stories. These did well for a time but after the end of World War II their Edwardian Class values were at odds with the change in society. William continued to better than her other works and several times Richmal tried to re-engineer the character; Enter—Patricia in 1927 and Jimmy in 1947. William's sales still trumped both. She never married or had children. Richmal Crompton died at her home in Chislehurst on January 11th, 1969.