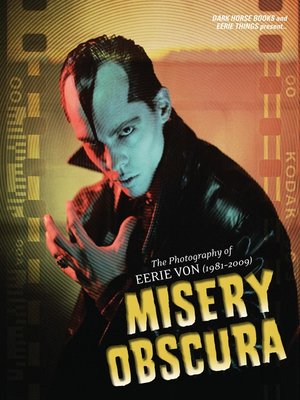 From the deepest depths of punk rock's 1970s primordial wastelands, through the stygian goth swamps of the 1980s, and on into the bloodstained arenas of 1990s heavy metal, Eerie Von witnessed it all. Beginning as the unofficial photographer for punk legends The Misfits and later taking charge of the bass guitar as a founding member of underground pioneers Samhain and metal gods Danzig, the evil eye of Eerie Von's camera captured the dark heart of rock's most vital and bleeding-edge period, a time when rock and roll was not only dangerous, but downright menacing. Eerie Von's lens has documented everything from The Misfits' humble beginnings in Lodi, New Jersey, to the heights of Danzig's stadium-rock glory alongside metal superstars Metallica. As well as an essential visual document of music history, Eerie's road stories of triumph and damnation bring to life an era the likes of which will never again be seen.