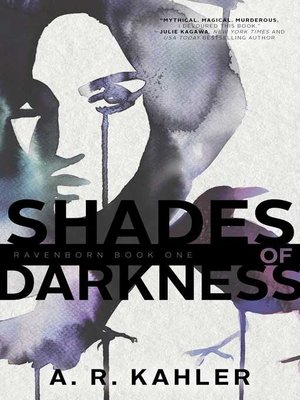 View more libraries...
American Gods meets The Secret History in this "eerie, wistful" (Karsten Knight, author of the Wildefire series) start to a fantasy trilogy about Kaira Winters, the murders that keep happening at her artsy boarding school, and the lengths she must go to in order to protect the people she loves.
When Kaira Winters decided to go to Islington—a boarding school deep in the woods of Michigan—she thought she could finally get away from everything she has tried so hard to forget, including some things from her past that she refuses to believe ever actually happened.

Everything seemed great until the bodies of murdered students started appearing all over campus. The victims seem to have been killed in some sort of ritual sacrifice. And even worse, Kaira's dreams are giving her clues to the killer's identity.

But even if Kaira can harness the power within her, will it be enough to stop the darkness that has fallen over her school? And if it is strong enough, then what's to stop the goddess from wreaking her own havoc once she's released?

Filled with murder, mystery, and a little bit of magic, this fresh genre-bending novel is a thrilling page-turner you won't be able to put down until the very last page.