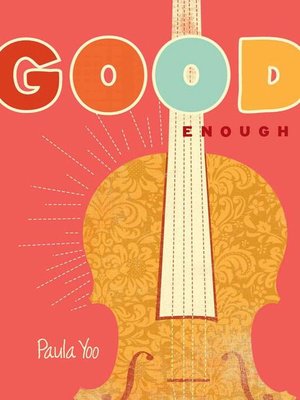 How to make your Korean parents happy:

1. Get a perfect score on the SATs.

Patti's parents expect nothing less than the best from their Korean-American daughter. Everything she does affects her chances of getting into an Ivy League school. So winning assistant concertmaster in her All-State violin competition and earning less than 2300 on her SATs is simply not good enough.

But Patti's discovering that there's more to life than the Ivy League. To start with, there's Cute Trumpet Guy. He's funny, he's talented, and he looks exactly like the lead singer of Patti's favorite band. Then, of course, there's her love of the violin. Not to mention cool rock concerts. And anyway, what if Patti doesn't want to go to HarvardYalePrinceton after all?

Paula Yoo scores big in her hilarious debut novel about an overachiever who longs to fit in and strives to stand out. The pressure is on!

*Boys will distract you from your studies.

From Paula Yoo:Okay, I admit it. Like Patti Yoon, I play the violin. Yes, I was concertmaster of my Connecticut All-State High School Orchestra. And I snuck out occasionally to see a couple of cool bands (sorry, Mom & Dad). But this novel is a wor...

More about Paula Yoo
Good Enough
Copy and paste the code into your website.
New here? Learn how to read digital books for free