Princess in the Middle 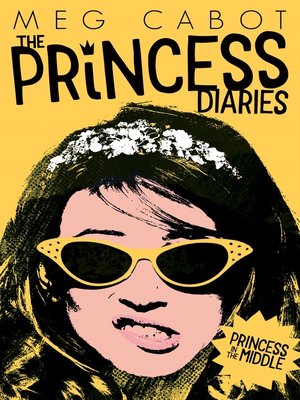 Mia Thermopolis has got everything a girl could possibly want. She's a princess - and she's got a boyfriend! But that's where it all goes wrong. Because Kenny is just NOT the guy she really wants. Michael's the one she's loved forever - but he's going out with someone infinitely cleverer than Mia. Someone who can clone FRUIT FLIES, for heaven's sake! Will the story end happily ever after for the Princess of Genovia?
The third novel in the hilarious, bestselling The Princess Diaries series - with a fresh new cover and title to celebrate the series's fifteenth anniversary (previously titled Third Time Lucky).
PRAISE FOR MEG CABOT
"There is a school of thought that says reading should be entertaining, and this is exactly what Meg Cabot produces for us: fun. She is the master of her genre; she is the George Bernard Shaw, if not the George Eliot of [her genre]." Publishers Weekly
"Cabot has . . . an off-the-wall sense of humor that will have readers laughing out loud and a knack for creating fully realized characters that readers will miss when the story ends." Booklist