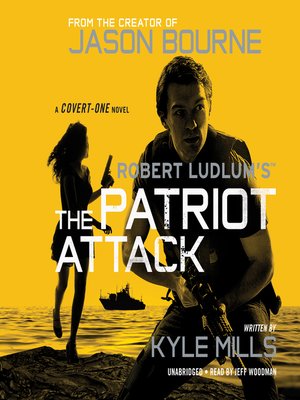 Robert Ludlum's bestselling Covert-One series continues with an exciting new novel by New York Times bestselling author Kyle Mills.
An attack on a Japanese warship brings Japan and China to the brink of war. Meanwhile, top Covert-One operative Colonel Jon Smith is sent on a mission to recover mysterious material from the wreckage of the Fukushima nuclear reactor.
When Smith fails to return, CIA agent Randi Russell heads off on an unsanctioned mission to find him. She quickly discovers that the missing samples may be evidence that Japan, led by hawkish military chief of staff Masao Takahashi, has been secretly developing next-generation weapon systems in preparation for a conflict with China.
If the Covert-One team can't prevent General Takahashi from provoking a war, the entire world will be dragged into a battle certain to kill tens of millions of people and leave much of planet uninhabitable for centuries.