Voices of the Civil War 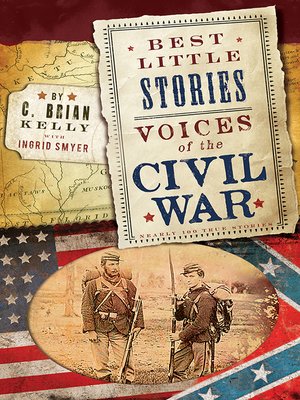 The Civil War You Never Knew...

Behind the conflict that divided a nation and forever changed its citizens are the riveting tales of the men and women who made an impact in the Civil War, both on and off the battlefield. Drawn from the writings of soldiers, slaves, politicians, and military leaders, Best Little Stories: Voices of the Civil War extends beyond the statistics and battle accounts to present the intensely personal, human side of the conflict. Fascinating characters come to life, including:

James Alexander Walker, who served with honor under Stonewall Jackson, even after he was booted from the Virginia Military Institute for talking back to the notoriously stodgy Professor Jackson.

Charles Strahan, a Confederate veteran who made strides to reconcile the Blue and Gray when he raised money to erect a monument to honor his former enemy, the soldiers of the Union army.

Gen. Julius H. Stahel, winner of the Medal of Honor, who was egregiously omitted from the official after-action report on the battle of Piedmont, Virginia, despite having led the Union forces to victory after suffering from a gunshot wound.