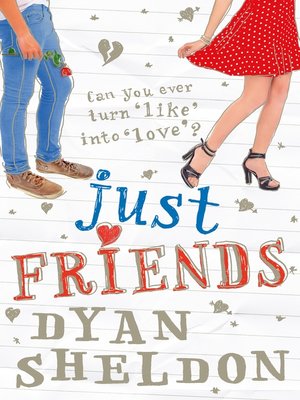 A hilariously funny book about falling for the wrong person by the author of Confessions of a Teenage Drama Queen.

From the writer of Confessions of A Teenage Drama Queen and My Worst Best Friend comes this hugely entertaining teen read about falling for the wrong person. The first time Josh sets eyes on Jena he's hooked. He can't stop thinking about her; looking for her wherever he is; hoping to turn a corner and find her there. The problem is she's completely out of his league, as his friends never tire of telling him, so Josh decides he will settle on simply being Jena's friend. But the more time he spends with her the more infatuated he becomes, despite the fact Jena only turns to him when she's had a fight with her on-again off-again boyfriend. Finally realizing he can't go on pretending he only wants to be her friend, Josh vows to tell Jena how he feels on Valentine's Day.