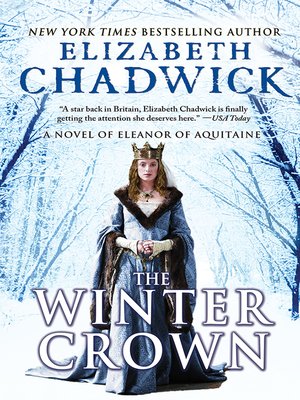 Leaving France behind to become Queen of England, Eleanor of Aquitaine has a new cast of enemies—including her own husband, in the next book by New York Times bestselling author, Elizabeth Chadwick

Ever since her marriage to Louis VII of France was annulled, Eleanor has more than fulfilled her duty as Queen of England—she has given her husband, Henry II, heirs to the throne and has proven herself as a mother and ruler. But Eleanor needs more than to be a bearer of children and a deputy; she needs command of the throne.

As her children grow older, and her relationship with Henry suffers from scandal and infidelity, Eleanor realizes she must take the crown for herself if she ever wants to become the powerful woman she's destined to be. But even a queen must face the consequences of treason...

Chadwick's meticulous research portrays the Middle Ages and Eleanor with depth and vivid imagery unparalleled in historical fiction and captures readers in a web of intrigue they won't want to escape.

In the second book in the Eleanor of Aquitaine trilogy, a royal marriage where love and hatred are intertwined and a battle for power fraught with deception create a riveting story of medieval fiction sure to mesmerize.