Don't Look Behind You 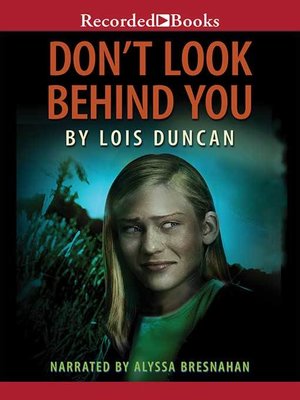 When 11th grader April Corrigan learns that her unassuming father has been working undercover for the FBI, she is shocked. But when she is told that she and her family must take on other identities and move to a far away state under the Federal Witness Security Program, she feels everything familiar slipping away. Soon she has a new name, and she lives with a new fear that is more powerful than anything she has felt before. Every stranger could be a threat; every minute could be the one that exposes April and her family to the deadly, dark-eyed man who has begun to follow them. Danger is everywhere. Lois Duncan, the author of 40 best-selling books for young adults, is considered a master of suspense. Once Alyssa Bresnahan's dramatic narration of Don't Look Behind You begins, you'll be held in its compelling grip until the final, thrilling chapter.