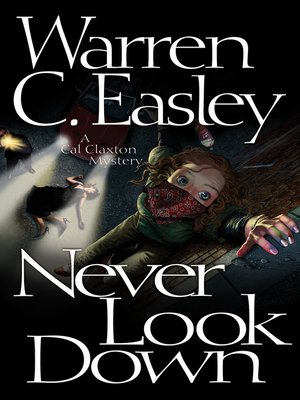 "Lawyer Cal is an appealing knight in rusty armor, seeking justice for the most vulnerable...Easley exquisitely captures Portland's flavor, and his portrayal of street life is spot-on. Readers of John Hart and Kate Wilhelm will delight in trying a new author." —Library Journal

In his first case in private practice, Oregon lawyer Cal Claxton came to the aid of a tagger calling himself Picasso, a Banksy-like figure in Portland. Dividing his time between a wine-country town and the city, the ex-L.A. prosecutor now encounters another urban teen at risk, Kelly Spence, also a tagger. Using climbing skills learned from her much-loved deceased father, a mountaineer, Kelly places angry tags in visible, hard-to-reach places. A runaway from an abusive foster home and alternative high school student, she lives with her father's former girlfriend.

Kelly is four stories up at 3:00 one morning when she looks down and witnesses the brutal murder of a woman in the parking lot below. Unluckily the killer spies her but Kelly escapes. The police soon seek her as a witness. Desperate to stay anonymous, she seeks help from someone on the street she trusts. Too soon she finds his mutilated body and becomes even more afraid.

Cal is drawn into the case by his volatile Cuban friend and landlord who is devastated by the murder: the dead woman had just become his fiancée. Her ex is the obvious suspect, but Cal's instincts lead him in a different direction where he will run into Kelly. Can he get her to talk, or will the killer find her first?