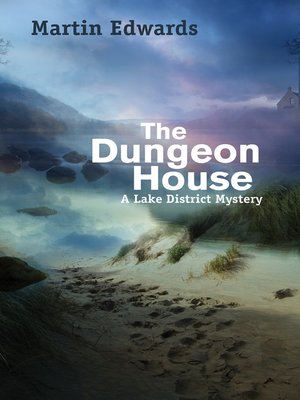 The magnificent Dungeon House and gardens overlook Cumbria's remote western coast with its mix of beaches, dunes, and fells, Roman ruins, and nuclear plant. Twenty years ago, the wealthy Whiteleys called it home. But not a happy one. Malcolm Whiteley had begun to disintegrate under financial and emotional pressures. He suspected various men in their social circle of being his wife's lover. After a disastrous party for the neighbours, Lysette told Malcolm their marriage was over. Sadly an old Winchester rifle he had been hiding was at hand...

Fast forward to today. Hannah Scarlett's cold case team is looking into the three-year-old disappearance of Lily Elstone whose father Gray had been Malcolm's accountant. The investigation coincides with yet another disappearance of a teenage girl: Shona Whiteley, daughter of Malcolm's nephew Nigel, who now lives in the Dungeon House despite its tragic history. As Hannah's team digs down into the past, doubts arise about what really happened the night Malcolm killed his wife and 16-year-old daughter Amber, then himself.

Most of the people once close to the Whiteleys still live nearby. And one Joanna Footit, and her secrets, now returns from London. While Hannah leads the complex police inquiries, it is her lover, historian Daniel Kind, who supplies Hannah with the lead that unlocks the whole. Does it come too late?