Snow White and the Seven Keys to Doomsday 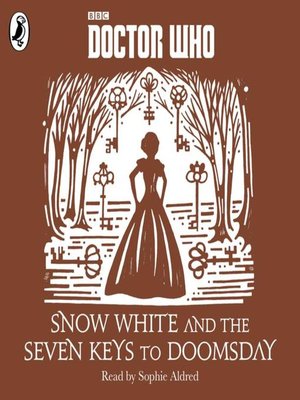 Penguin presents the unabridged, downloadable, audiobook edition of Snow White and the Seven Keys to Doomsday: A Time Lord Fairy Tale read by Sophie Aldred. The planet Winter was once ruled by an evil tyrant who built a Doomsday Machine. When he was defeated, the machine's seven vital operating keys were hidden across the planet. Now, a villainous queen is plotting to locate the keys, but Snow White is determined to stop her...A captivating fairy tale, read by Doctor Who actor Sophie Aldred, and written by Justin Richards.