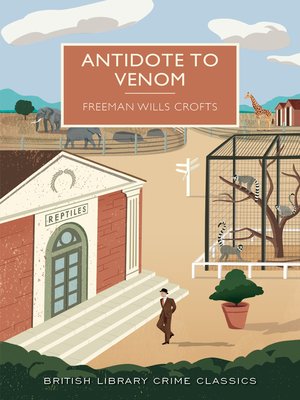 "Crofts makes great use of the 'inverted mystery' structure (he was among the first to employ the technique) in which the traditional whodunit is turned on its head, with the reader following the murderer through temptation and commission and then watching the detective sort through the sparse clues." —Booklist STARRED review

George Surridge, director of the Birmington Zoo, is a man with many worries: his marriage is collapsing; his finances are insecure; and an outbreak of disease threatens the animals in his care.

As Surridge's debts mount and the pressure on him increases, he begins to dream of miracle solutions. But is he cunning enough to turn his dreams into reality—and could he commit the most devious murder in pursuit of his goals?

This ingenious crime novel, with its unusual 'inverted' structure and sympathetic portrait of a man on the edge, is one of the greatest works by this highly respected author. The elaborate means of murder devised by Crofts's characters is perhaps unsurpassed in English crime fiction for its ostentatious intricacy.

This new edition is the first in several decades and includes an introduction by the award-winning novelist and crime fiction expert Martin Edwards.