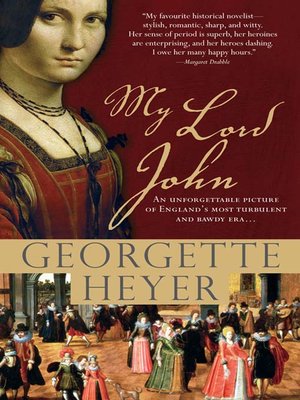 There are heroes and villains but only one king...

John, Duke of Bedford, grew to manhood fighting for his father, King Henry IV of England, on the wild and lawless Northern Marches. He was a prince of the royal blood, loyal, strong, and the greatest ally that his brother?the future Henry V?was to have. Filled with the clash of bitter rivalries and deadly power struggles, this is Georgette Heyer's last and most ambitious novel, bringing to life a character and a period she found irresistibly attractive.

"The real charm of the story lies in the vivid portrayal of life in the Middle Ages, the dominance of the church and the character of John whose responsibilities seem heavy for his years. Childhood was short, apparently, in those long-ago times. And Miss Heyer's use of words and expressions is fascinating, a constant reminder of the period and how language changes."
Wichita Falls Times

"Miss Heyer brings the spirit of the Middle Ages to life in every chapter."
Best Sellers