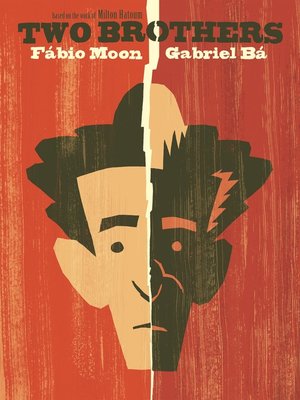 View more libraries...
New groundbreaking work from Ba and Moon!
Twin brothers Omar and Yaqub may share the same features, but they could not be more different from one another. After a brutally violent exchange between the young boys, Yaqub is sent from his home in Brazil to live with relatives in Lebanon, only to return five years later as a virtual stranger to the parents who bore him, his tensions with Omar unchanged. Family secrets engage the reader in this profoundly resonant story about identity, love, loss, deception, and the dissolution of blood ties.
* From the Eisner Award–winning and New York Times best-selling duo behind Daytripper, Gabriel Ba and Fabio Moon!
“Ba’s distinctive lines render characters in minimal strokes; clever transitions, well-placed shadows, and atmospheric scene-setting live up to the twins’ already well-deserved reputation for beautiful art.”—Publishers Weekly