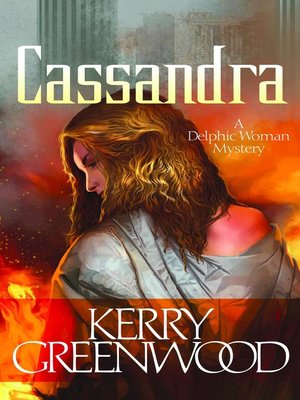 From Mount Olympus, Aphrodite, the goddess of love, yawned. Even perfection can be tedious.

"My Lord," she called to Apollo, "Sun God and brother. Let us play a game with mortals—my power against yours."

And so Cassandra, the golden-haired princess cursed with the gift of prophecy, and Diomenes, the Achaean with the healing hands, become the puppets of the gods. Their passions are thwarted, their loves betrayed, their gifts rendered useless for the sake of a wager between the immortals.

Doomed, magnificent Troy is the stage, and Cassandra and Diomenes the leading players in this compelling story of the city's fall. Both have found love before, and lost it.

Will they find each other in the light of the burning city? And, if they do, can their love survive the machinations of malicious gods and men?