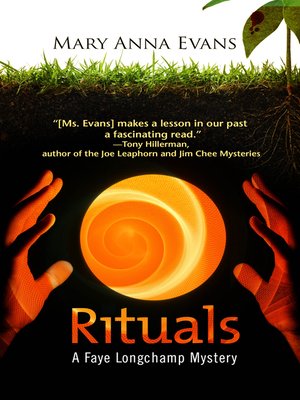 "A suspenseful crime story with just a hint of something otherworldly." —Booklist

Faye Longchamp doesn't believe in ghosts, but she's an archaeologist—dead people are her life. While working in Rosebower, a rural New York town founded by Spiritualists, Faye is surrounded by people who talk to the dead on a regular basis. So when influential Spiritualist Tilda Armistead invites Faye and her daughter to commune with the dead, she can't say no. An hour after Tilda's crystal ball shows Faye things no rational mind can explain, Tilda is dead. The evidence says someone trapped Tilda in a small room, nailing its one door shut before setting her house afire. There is no possible way for her to have escaped the blaze, let alone drive for miles before finding Faye and dying in her arms. Yet Tilda did. How? And why?

Anywhere else, these people would be dismissed as crazy. But in Rosebower, "normal" is relative. As Faye watches psychics and charlatans jockey for power, Tilda's sister, Myrna, is slowly dying. Will Rosebower reveal its secrets before more goes up in flames?