In the Service of Dragons #3 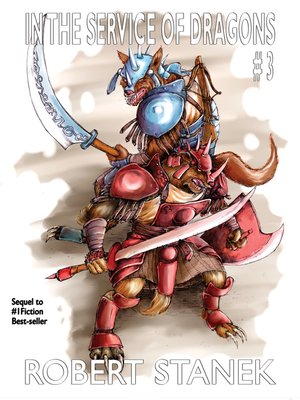 The sequel to the #1 Fiction bestseller! In the Service of Dragons #3 continues the epic fantasy adventure which began with In the Service of Dragons #1. In an age lost to myth and memory, a race of supreme giants known as titans ruled over all the lands of Ruin Mist from their homes on Over-Earth. Without question, titans were the masters of the gates. They moved freely between realms and across lands. Darkness came to mark the end of the age of the titans as surely as there was ever light at the beginning. During this time of darkness, known as the Great Purge, it was the greatest of all titans, Ky'el, who gave men, elves, and dwarves their freedom. By the end of the purge, the only known gate to Over-Earth was sealed for all time, ushering in a new beginning. A new age. An age of men, elves, and dwarves. After countless wars waged against themselves, each other, and the other races, men, elves, and dwarves settled into an uneasy pace within their divided lands. In time, like the titans before them, dwarves became folk of myth and legend, leaving only absence like a darkness where once there had been a great presence and a light. The age of men and elves had arrived, its arrival marked by the coming of the great war. Some would call this war Dnyarr's war after the 11th king who started it. Others would call it the War of the Thousand Year Siege. Those who fought and died would call it the War of Ten Million Tears. Victory for men above all others brought little joy even though it ushered in a new age. The age of men. There are some who fear this age to be Ruin Mist's last. For if men succumb to darkness, there will be no beginning, and darkness will surely rule forever. It is in this time at the twilight of the age of men that those long lost have returned to thwart the darkness. They are the fallen sons of ages past and present. They are the keepers, the watchers, and the guardians. They are those who hold the key to Ruin Mist's future. Get ready to enter In the Service of Dragons #3. Books #1–#4 in the series are also available, as is the sequel series, the Guardians of the Dragon Realms.

Fantasy Young Adult Fiction
In the Service of Dragons #3