In the Service of Dragons #4 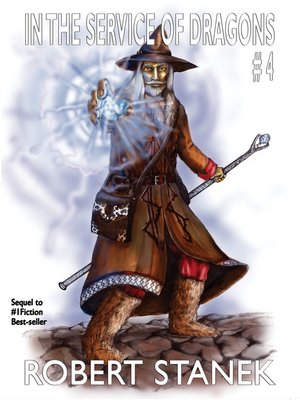 The sequel to the #1 Fiction bestseller! In the Service of Dragons #4 is the gripping conclusion of the epic fantasy adventure which began with In the Service of Dragons #1. A dark shadow has been cast across the known lands. War sweeps through the divided nations of men and elves. There is great despair for the future of men, for if the greatest of all kingdoms can fail there can be no hope in tomorrow's tomorrow for any man in any land. Yet there is deeper despair amongst the elven peoples where for the first time in recorded history the elves of the West and East are at war with each other. In such a dark time, there can be little hope, and yet there are those who do hold out hope. Hope that the righteous and just will prevail. Hope that tomorrow's tomorrow will bring a better day. But turning back the tides is an unlikely as turning back time. What's done is done. The Alder King is dead, murdered by his enemies: the very enemies that have taken the heart of his kingdom and with it the kingdom himself. There can be no doubt that an enemy king has extended his reach and taken the prize he so coveted. Yet the thing he prized above all else, the thing that spurned him, has escaped his grasp. Other things have escaped his grasp as well. In those things lies the hope for a future without tyranny: a hope for the peoples of Ruin Mist; and to win freedom is to win the future for everyone and everything. But what of the elves far across the great sea? Is their hope folly and their folly hope? If men succumb to the darkness, the light of the elves must surely succumb as well, and then darkness will rule forever. Who can know for certain, but surely the fallen sons of ages past and present must have the final say. Get ready to enter In the Service of Dragons #4. Books #1–#3 in the series are also available, as is the sequel series, the Guardians of the Dragon Realms.

Fantasy Young Adult Fiction
In the Service of Dragons #4