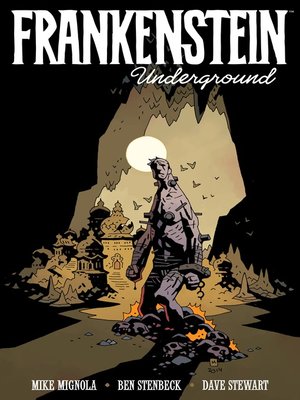 View more libraries...
After a fight with Hellboy, Frankenstein's monster escapes the terrible Mexican laboratory where he was imprisoned and discovers strange creatures beneath the desert, where he'll learn some of the greatest secrets of the mystical world in the strangest Hellboy spinoff yet!
"It's intimidating as hell to take on an icon like the Frankenstein monster. I'm trying to do something that's true to the origin Mary Shelley created for the creature but also captures a bit of the feel that Boris Karloff brought to the role in the classic Universal films. At the same time I'm throwing the monster into an entirely new environment, so I think the result will be something new. It's an odd one, but ultimately will add an important new wrinkle to the Hellboy/B.P.R.D. world." —
Mike Mignola