Death in the Tunnel 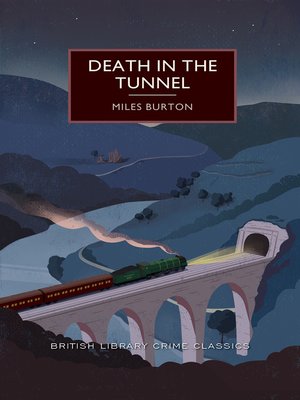 "This offering in the British Library Crime Classics series is part of a popular subgenre of the time, called the 'railway murder mystery.' The train setting was ideal for encasing a wide variety of people in one place, giving them myriad chances for meetings and murder." —Booklist

On a dark November evening, Sir Wilfred Saxonby is travelling alone in the 5 o'clock train from Cannon Street, in a locked compartment. The train slows and stops inside a tunnel; and by the time it emerges again minutes later, Sir Wilfred has been shot dead, his heart pierced by a single bullet. Suicide seems to be the answer, even though no reason can be found. Inspector Arnold of Scotland Yard thinks again when he learns that a mysterious red light in the tunnel caused the train to slow down.

Finding himself stumped by the puzzle, Arnold consults his friend Desmond Merrion, a wealthy amateur expert in criminology. To Merrion it seems that the dead man fell victim to a complex conspiracy—but the investigators are puzzled about the conspirators' motives, as well as their identities. Can there be a connection with Sir Wilfred's seemingly untroubled family life, his highly successful business, or his high-handed and unforgiving personality? And what is the significance of the wallet found on the corpse, and the bank notes that it contained?