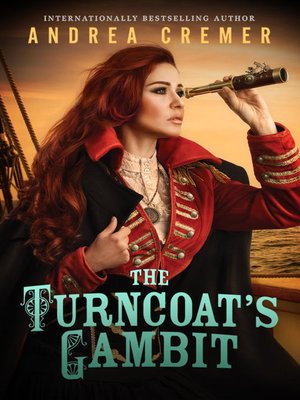 View more libraries...
What if America had lost the Revolutionary War? And now lived in constant fear and oppression? From the bestselling author of Nightshade, this is the action-packed final chapter of The Inventor's Secret trilogy
Charlotte has spent her whole life fighting the British Empire, following in the footsteps of her parents and their group of rebels. But when her reunion with her mother laid bare horrible truths about the rebellion, Charlotte knew she had to escape. Now she is on the run, with no idea who the enemy is—or which of her compatriots is truly on her side.
In this action-packed conclusion to the Inventor's Secret trilogy, full of swashbuckling pirates and young ladies who can hold their own against them, Charlotte will need to fight for her life and for her beliefs — whatever they might be.

Praise for The Turncoat's Gambit:
"As in the previous two volumes, there is plenty of fighting and chicanery, but one of the best things about this series is that the characters are never sacrificed on the altar of action. . . . Series readers will especially relish the last several chapters. Yes, there is fighting and death, but restoration and romance win the day."—Booklist

Praise for The Conjurer's Riddle:
"This is classic steampunk [with] exotic and picturesque locales, lots of interesting machinery, and the adrenaline rush of following the adventures of an honest and fearless heroine. A suitably swashbuckling sequel."—Kirkus Reviews
Praise for The Inventor's Secret:
* "Cremer...creates an inventive blend of steampunk and alternative history in this new series. She gives readers a fantastical world with mechanical wonders and an opulent vintage setting. The characters are interesting and well developed. Readers will be drawn to future installments."—VOYA, starred review
"[A]n entertaining romp in a richly imaginative setting."—Kirkus Reviews
From the Hardcover edition.