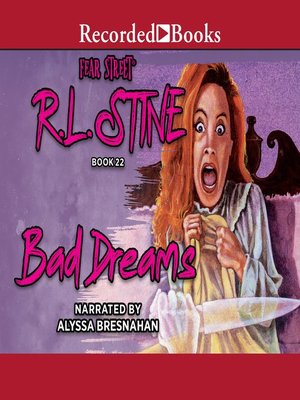 Seventeen-year-old Maggie Travers used to sleep very well at night, until she slept in the old-fashioned canopy bed for the first time. At first, Maggie couldn't believe her luck. When the family moved out of the house, they left a beautiful old-fashioned canopy bed in the room that was now hers. But when Maggie goes to sleep underneath the pretty pink canopy, she has a bad dream—a nightmare that jars her awake with her own piercing scream. Every night from then on, she relives the dream...watching as the same girl cries out for help...feeling helpless, as the girl is murdered before her eyes. Is her dream just a nightmare or is someone trying to warn her about a terrible danger lurking in her new home? R. L. Stine has become a phenomena. He has written over three dozen mysteries and thrillers for young people and is reported to have outsold John Grisham.