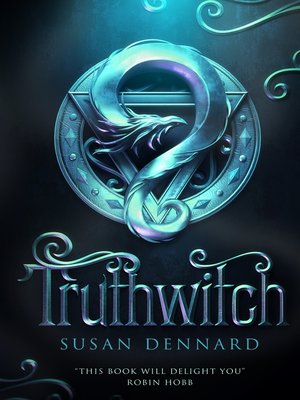 The first in the New York Times bestselling Witchlands series, Truthwitch by Susan Dennard is a brilliantly imagined coming-of-age story. It's perfect for fans of Robin Hobb, Victoria Aveyard and Trudi Canavan.
'Truthwitch by Susan Dennard is like a cake stuffed full of your favourite fantasy treats . . . this book will delight you' – Robin Hobb, author of Assassin's Apprentice
In a continent on the edge of war, two witches hold its fate in their hands
Young witches Safiya and Iseult have a habit of finding trouble. After clashing with a powerful Guildmaster and his ruthless Bloodwitch bodyguard, the friends are forced to flee their home.
Safi must avoid capture at all costs as she's a rare Truthwitch, able to discern truth from lies. Many would kill for her magic, so Safi must keep it hidden – lest she be used in the struggle between empires. And Iseult's true powers are hidden even from herself.
In a chance encounter at Court, Safi meets Prince Merik and makes him a reluctant ally. However, his help may not slow down the Bloodwitch now hot on the girls' heels. All Safi and Iseult want is their freedom, but danger lies ahead. With war coming, treaties breaking and a magical contagion sweeping the land, the friends will have to fight emperors and mercenaries alike. For some will stop at nothing to get their hands on a Truthwitch.
Continue the bestselling fantasy adventure with Windwitch by Susan Dennard.