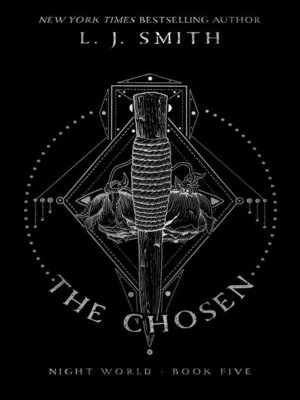 View more libraries...
The fifth book in L.J. Smith's beloved bestselling Night World series is now available as a special collector's edition!
She stalks the lonely back alleys of Boston, the deserted industrial docks of the harbor, seeking revenge on the vampires who killed her mother. Rashel Jordon knows where they live. But they don't yet know that the black-haired, green-eyed girl is as deadly as she is beautiful, killing the Night People one by one.

Armed with a wooden stake, martial arts, and the will to resist a vampire's mind control, she is safe as long as her true identity remains a secret.

But when she rescues a girl from certain death, Rashel is suddenly swept into the Night World Slave Trade, the gateway to the vampires' secret enclave. Here the gatekeeper is the dark, dangerous, and irresistible Quinn. Quinn decides who is chosen. He holds the keys to the realm Rashel is desperate to enter. But when she looks into his eyes, she's stunned to see her soulmate—a vampire who she has vowed to destroy.