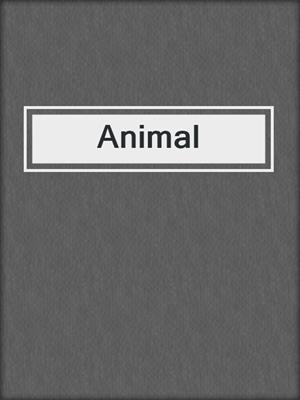 View more libraries...
Danger lurks in the farthest reaches of space, where sex is a reward and a weapon, alien drug lords blight the landscape, and assassination is a means to an end. Animal by award winning sci-fi paranormal author Lexxie Couper, is Book 3 of The Boundaries series. Get ready for another thrilling ride to distant planets, where the lines between friend and foe are blurred.
The stunning conclusion to The Boundaries trilogy begins...
The brutal crime lord Hrung Crortek has seized Terran Boundary Guardian Zeric Arctos, hoping to extract Zeric's werewolf DNA for use in an illegal genetic serum. Now Jaienna Ti, Intel-Patrol Corp agent and sexual assassin, is on a mission to wipe Crortek from existence-and she's taking her ex-partner Raq Tornada along for the ride!
But when Tornada finally reveals-in no uncertain terms-how deeply he's in love with her, Jaienna faces a completely unexpected conflict: does she stay with the man who first shattered her heart, or does she go with the man who taught her to love again-the brooding, untameable werewolf she's trying so desperately to save?
When lust, love, and longing become inextricably entwined, the Outer Boundaries become more dangerous than ever. Because Jaienna never planned on losing her heart to two men. And those two men never ever planned on sharing her. But unless Raq Tornada agrees to help Jaienna rescue his rival, Zeric Arctos is already doomed...
*Not intended for readers under the age of 18. *Previously Published: (2011) 5x5 Publishing