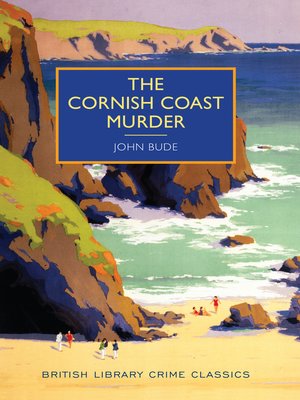 "The combination of bracing Cornish cliffs and seascapes with cozy interiors and a cerebral mystery makes this one of the most deservedly resurrected titles in the British Library Crime Classics series." —Booklist STARRED review

'Never, even in his most optimistic moments, had he visualised a scene of this nature—himself in one armchair, a police officer in another, and between them a mystery.'

The Reverend Dodd, vicar of the quiet Cornish village of Boscawen, spends his evenings reading detective stories by the fireside—but heaven forbid that the shadow of any real crime should ever fall across his seaside parish. The vicar's peace is shattered one stormy night when Julius Tregarthan, a secretive and ill-tempered magistrate, is found at his house in Boscawen with a bullet through his head.

The local police inspector is baffled by the complete absence of clues. Luckily for Inspector Bigswell, the Reverend Dodd is on hand, and ready to put his keen understanding of the criminal mind to the test.

This classic mystery novel of the golden age of British crime fiction is set against the vividly described backdrop of a fishing village on Cornwall's Atlantic coast. It is now republished for the first time since the 1930s with an introduction by award-winning crime writer Martin Edwards.