The Ghost of a Serial Killer 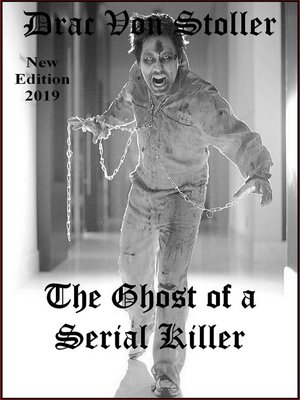 Just when the town of Killsington thought it was safe to unlock their doors something was back and ready to put the fear back in their hearts once again. That fear would be a serial killer by the name of Jack Killmen who was responsible for the killing of seven prostitutes in seven weeks. Jack couldn't keep a job if his life depended on it and the only thing he loved in his life was the bottle. He thought he was a ladies man but that was just a dream of his and any woman that might gaze upon him wasn't because of his looks because his looks wouldn't get him anything but a bottle being broken over his head or a punch in the face when he would try to hit on a guy's girl at the bar.

Jack was definitely a loser and became a woman hater and decided to take out his anger on women so he chose prostitutes knowing that they wouldn't be missed by anyone if he killed them. Jack's plan was to kill one prostitute a week until he was caught. Jack was able to lure a total of seven prostitutes in his car and kill them until week eight and number eight's planned kill escaped and Jack was caught by the police. Each prostitute that Jack killed had the same expressions on their faces and the same initials carved on their foreheads "J.K." Also, the prostitutes were not sexually assaulted but apparently when they looked into their killer's eyes it was enough to stop their hearts from beating resulting in instant death from fear.
Jack's reign of terror was finally over. When the officer put the hand cuffs on Jack he said "You think this is it?"

Horror Young Adult Fiction
The Ghost of a Serial Killer