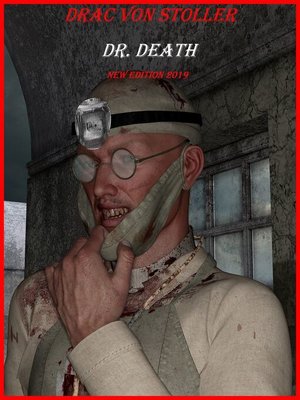 Grimfield Hospital was voted safest hospital in America for the fourth straight year in a row but that was all about to change when tragedy struck the head surgeon Dr. Green of Grimfield Hospital's family. Dr. Green's steady hand and keen eyesight could not be matched by anyone in the town of Greenfield so he was either in the operating room or meetings all day and would arrive home by ten pm., every night. It was really taking a toll on his family life but couldn't be helped because his wife loved money, booze and diamonds. Not much rest for the doctor but he loved his family more than anything and didn't want to let them down so he stayed strong and stayed caffeinated all day long.

Dr. Green's world was about to turn upside down when he was at an out of town conference and got the call no one wants to get. His wife and two sons were involved in a car accident and the police didn't have any more information. Dr. Green bolted out of the conference room and was able to charter a plane back home immediately but it would still take about an hour to get to the hospital.

When the plane Dr. Green was flying on touched down at the airport runway it was too late his whole family was dead. As Dr. Green was stepping off the plane he received a call from the hospital breaking the bad news to him. Dr. Green yelled out in anger and threw his cell phone to the ground smashing it into a million pieces.
An officer from Grimfield gave him a ride to the hospital to identify his family. When Dr. Green arrived at the hospital and stepped out of the patrol car he was greeted by an attending physician that was caring for his family.

Dr. Green said "You let them all die!"

"Dr. Green now calm down we did all we could for your family," exclaimed the attending physician.

Dr. Green replied in anger, "Bring me to them!"

He was escorted by a police officer and the attending physician down to the basement to the hospital morgue to identify his family and affirmed that all three bodies were that of his family.

Then he bent over and whispered in each of his family members ears and said "I will avenge your deaths and that is a promise."