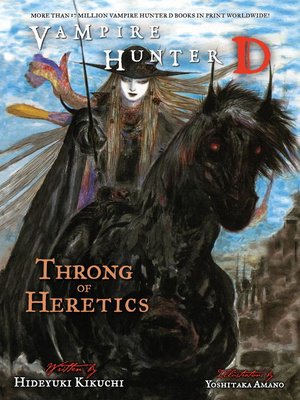 View more libraries...
After a Frontier village's monitoring station fails, deadly vampire Nobles return to life, swearing vengeance on the descendants of the family that defeated them three hundred years ago. The mayor of the village hires five vampire hunters, including the legendary D, but as the mayor returns from the Capital, he finds that his daughter has been targeted by vicious human enemies! In this brewing three-way battle of life and death, no one's survival is assured...