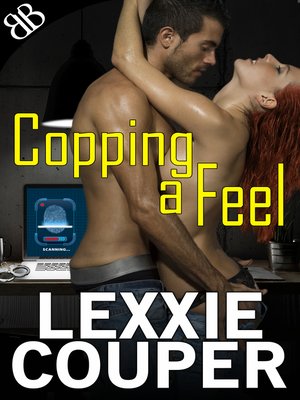 View more libraries...
A ringing phone! An unknown voice! A prickle of fear...or tingle of excitement?
She's on a mission...the Cougar Challenge. He's on a mission...solving a case of identity theft. When their missions collide, sparks fly in more ways than one!
Copping a Feel from award-winning Australian erotic romance author Lexxie Couper is a contemporary romantic comedy that will keep you turning the pages.
Darci-Rae Whitlam doesn't know which is more disturbing, receiving scads of obscene phone calls—or getting so turned-on by said phone calls. Then there's the email from her American friend, Rachel, taunting Darci with something called a Cougar Challenge. Just the thought of seducing a younger man is enough to permanently soak her knickers. No wonder her ever-disapproving sister thinks she's oversexed!
Cybercrime Detective Jarrod St. James is investigating a case of stolen identity. He quickly learns the fiery redhead claiming to be Darci-Rae Whitlam is the real deal. He really should go back to Sydney, continue tracking the imposter who's operating a phone-sex business in Darci's name...but the woman proves too tempting. Job be damned, he has to have her. The fact she's got a titillating challenge to complete only helps his case.
Darci just may be the fastest cougar to snag her cub yet. Being the victim of a crime has never been more fun!
*Not intended for readers under the age of 18.
*Previously Published: (2010) Ellora's Cave