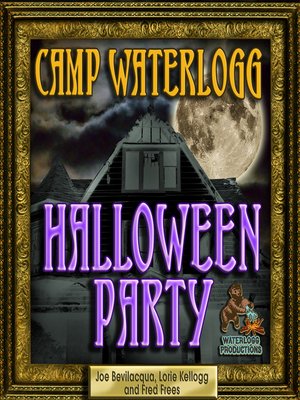 It's Halloween when Mrs. Terrwilliger, Sgt. Lefty and Olive Pitts think the camp is haunted by the ghost of Pierre Terrwilliger(played by special guest star Fred Frees). It is really Ellis and Elise accidentally playing his last will video over the camp's new security system. Meanwhile, Andy and Lkie get spooky stories instead if candy for trick or treat.

Husband and wife team Joe Bev and Kellogg not only produce, direct and write the weekly comedy hour, except for guest star Fred Frees, they improvised all the character's voices, including four the radio cartoons: "Waking Nightmare", "The Evil Goblins", "The Crashed Martian", and "The Creature in the Attic" by Pedro Pablo Sacristan.