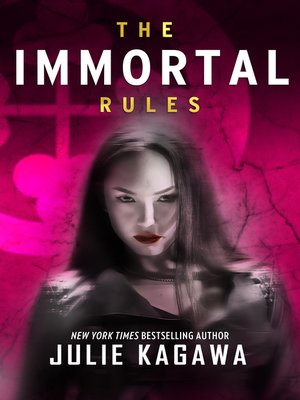 View more libraries...
These vampires don't sparkle...they bite.
Book 1 of the Blood of Eden trilogy by Julie Kagawa, New York Times bestselling author of The Iron Fey, begins a thrilling dark fantasy series where vampires rule, humans are prey...and one girl will become what she hates most to save all she loves.
Allison Sekemoto survives in the Fringe, where the vampires who killed her mother rule and she and her crew of outcasts must hide from the monsters at night. All that drives Allie is her hatred of vampires, who keep humans as prey. Until the night Allie herself dies...a becomes one of the monsters.
When she hears of a mythical place called Eden that might have a cure for the blood disease that killed off most of civilization, Allie decides to seek it out. Hiding among a band of humans, she begins a journey that will have unforeseen consequences...to herself, to the boy she's falling for who believes she's human, and to the future of the world. Now Allie must decide what—and who—is worth dying for...again.
"A fresh and imaginative thrill ride." —Publishers Weekly, starred review
Books in the Blood of Eden series:
The Immortal Rules
The Eternity Cure
The Forever Song