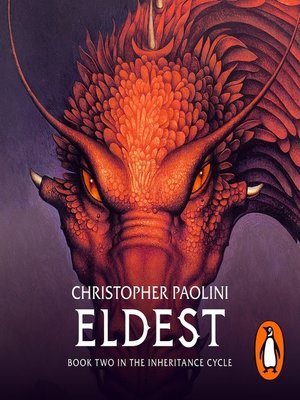 The second book in The Inheritance Series
Darkness falls . . . Despair abounds . . . Evil reigns . . .
Fresh from their battle for the rebel state against King Galbatorix, Eragon has no time to rest.
He and his dragon, Saphira, must travel to Ellesméra, the land of the elves for more training in magic and swordsmanship, the vital skills of a Dragon Rider.
Even though he's heading off on the journey of a lifetime, chaos and betrayal plague him at every turn, and Eragon doesn't know who to trust.
And while he's off on his own journey, his cousin Roran must fight a new battle back home in Carvahall - one that puts Eragon in even graver danger.
Will the king's dark hand strangle all resistance? Eragon may not escape with even his life . . .
© Christopher Paolini 2005 (P) Penguin Audio 2009