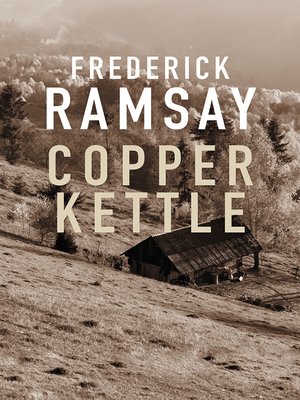 "Set in 1920, Ramsay's satisfying prequel to his contemporary Ike Schwartz series provides fascinating details of a soldier's life during WWI. It's a genuine pleasure to read a story of detection that depends purely on observation and logical deduction to reach its conclusions." —Publishers Weekly

It's 1920. Jesse Sutherlin has returned to Buffalo Mountain a war hero, having after survived the trenches of World War I. Not only did he fight the enemy, reaching the rank of officer, he went a few rounds with some of his fellow soldier who viewed him as a hillbilly.

Jesse is glad to be home. But his view of the world and of himself has changed. What next? He can't shake his training as an officer to follow the old lifestyle. He applies for a job at the local sawmill where his new boss quickly makes him foreman for a decent wage. And he meets the independent Serena Barker.

His cousin and fellow soldier, Solomon McAdoo, was less fortunate in his war service. He's suffering from shell shock. One day, up on the mountain while tending to a family moonshine still owned by Big Tom McAdoo, he's shot in the back. When Jesse hears this, he knows violence is going to boil up. The west side of the mountain is McAdoo territory, while the east side belongs to the Lebruns. The dispute ignited by Solomon's murder will be like the feud between the West Virginia Hatfields and McCoys, with no winners, only more dead men. The mountain is a hard place, where shooting someone over a disagreement is just part of life. Jesse decides to head off the violence by investigating the crime.

But he's hampered by his bellicose Sutherlin family who want retribution. Jesse is also held back by Serena, a Lebrun relative, who urges him to get away before he gets himself killed, and by a bigoted local sheriff who soon arrests him on the testimony of an eyewitness to Solomon's death. Jesse encounters a lawyer in Floyd, the county seat, who is hired to defend him when he's arrested, romances the girl from the enemy camp, and tries to stay alive while preventing more, perhaps wholesale, deaths. Big Tom gives him a deadline: four days.

Looming over all this drama is the specter of the influenza epidemic that killed more people worldwide than died in the trenches, as well as the grinding kind of poverty that has become a way of life for folks on the played-out farmland of this corner of Appalachia.