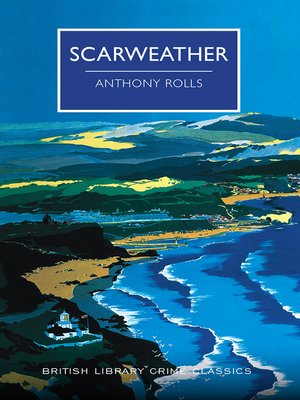 "Readers will be rewarded with a suspenseful read, rich in setting; characters; details about WWI and its aftermath; and a horrific resolution worthy of Hitchcock." —Booklist

'My friend Ellingham has persuaded me to reveal to the public the astounding features of the Reisby case. As a study in criminal aberration it is, he tells me, of particular interest, while in singularity of horror and in perversity of ingenious method it is probably unique.'

1913. John Farringdale, with his cousin Eric Foster, visits the famous archaeologist Tolgen Reisby. At Scarweather—Reisby's lonely house on the windswept northern coast of England—Eric is quickly attracted to Reisby's much younger wife, and matters soon take a dangerous turn. Fifteen years later, the final scene of the drama is enacted.

This unorthodox novel from 1934 is by a gifted crime writer who, wrote Dorothy L. Sayers, 'handles his characters like a "real" novelist and the English language like a "real" writer—merits which are still, unhappily, rarer than they should be in the ranks of the murder specialists.'