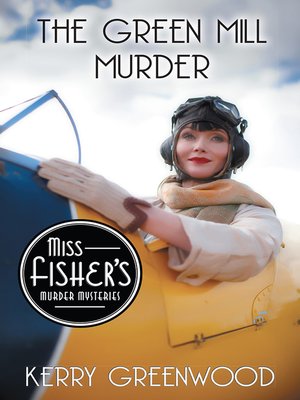 "Anyone who hasn't discovered Phryne Fisher by now should start making up for lost time." —Booklist

Phryne Fisher is doing one of her favorite things—dancing to the music of Tintagel Stone's Jazzmakers at the Green Mill, Melbourne's premier dance hall. And she's wearing a sparkling lobelia-colored georgette dress. Nothing can flap the unflappable Phryne—especially on a dance floor with so many delectable partners. Nothing but death, that is.

The dance competition is trailing into its last hours when suddenly a figure slumps to the ground. Phryne, conscious of how narrowly the weapon missed her own bare shoulder, back, and dress, investigates.

Phryne follows the deadly trail into the dark smoky jazz clubs of Fitzroy, into the arms of eloquent strangers, and finally into the sky, as she uncovers a complicated family tragedy from the Great War and the damaged men who came back from ANZAC cove.