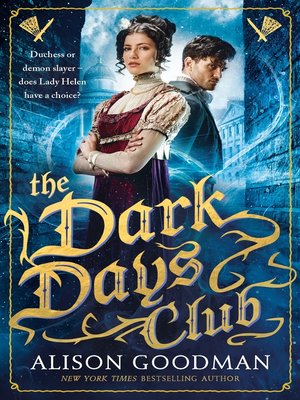 The first book in the dark and compelling Lady Helen trilogy, set during the Regency period, will appeal to teenagers and adults alike. London during the Season is a whirl of balls, dinners and promenades – and, for a select few, the relentless battle against demons.

London, April 1812. Lady Helen Wrexhall is set to make her curtsy to Queen Charlotte and step into polite Regency Society. Unbeknownst to Helen, that step will also take her from the glittering ballroom of Almacks and the bright lights of Vauxhall Gardens into a shadowy world of demonic creatures, missing housemaids and deadly power.

Standing between those two worlds is Lord Carlston, a man of dubious reputation and infuriating manners. He believes Helen is destined to protect humanity, but all he can offer is danger, savagery and the possibility of madness. Not the kind of destiny suitable for a young lady in her first London Season. This delightfully dangerous adventure of self-discovery and difficult choices has all the unnerving dark magic of Jonathan Strange and Mr Norrell and the swashbuckling action of The Scarlet Pimpernel.