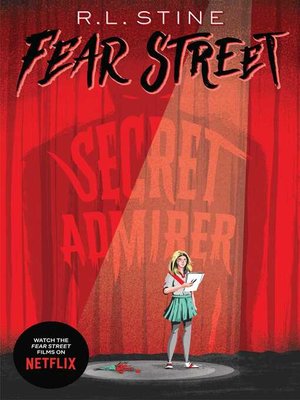 View more libraries...
A young actress draws a sinister spotlight in this spooky installment in R.L. Stine's bestselling Fear Street series—now with a fresh new look!
Selena has it all. She just scored the lead in her high school play, and everyone adores her. So when she starts receiving dead flowers from a secret "admirer" named The Sun, she just assumes it's a harmless fan.

But Selena soon realizes that The Sun is serious...dead serious. First, her understudy is injured in a suspicious accident. Then, a speeding car almost kills her! Selena doesn't know what this psycho wants. All she knows is that her number-one fan has become her number-one nightmare.