ebook ∣ For Whom The Bell Tolls · One Piece 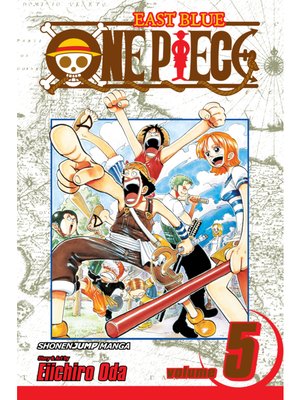 Once upon a time, Usopp was just a local boy with a talent for tall tales. Everyone in his little seaside village knew him as the joker who claimed to be a pirate captain and woke people up in the mornings by shouting "Pirates are coming!" But then real pirates landed on the beach...Now Usopp's village is under attack by the Black Cat Pirates, one of the most legendary and feared crews on the high seas. And three young would-be pirates have joined him in defending the village: Nami the thief, Zolo the swordsman, and Luffy, the straw-hatted wannabe pirate with incredible rubber powers. Usopp is about to find out how an imaginary pirate stands up to the real thing... and what it means to be a real pirate. His neighbors would never believe it in a million years... Rated: T