The Devil and His Boy 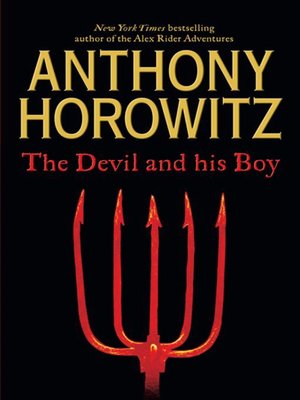 View more libraries...
From the # 1 New York Times bestselling author of the Alex Rider series.
Tom Falconer is in trouble. Pursued by the notorious criminal Ratsey, Tom soon finds himself alone and hungry on the streets of London. Luckily enough, the mysterious Dr. Mobius soon recruits Tom to play an important role in a play to be performed in front of Queen Elizabeth. Tom knows there's something not right about Mobius, but he's willing to take a risk in order to keep his neck out of Ratsey's murderous hands. Little does Tom realize that Mobius's dark secret will trap him in the middle of an international conspiracy, holding the fate of the English empire in his hands.